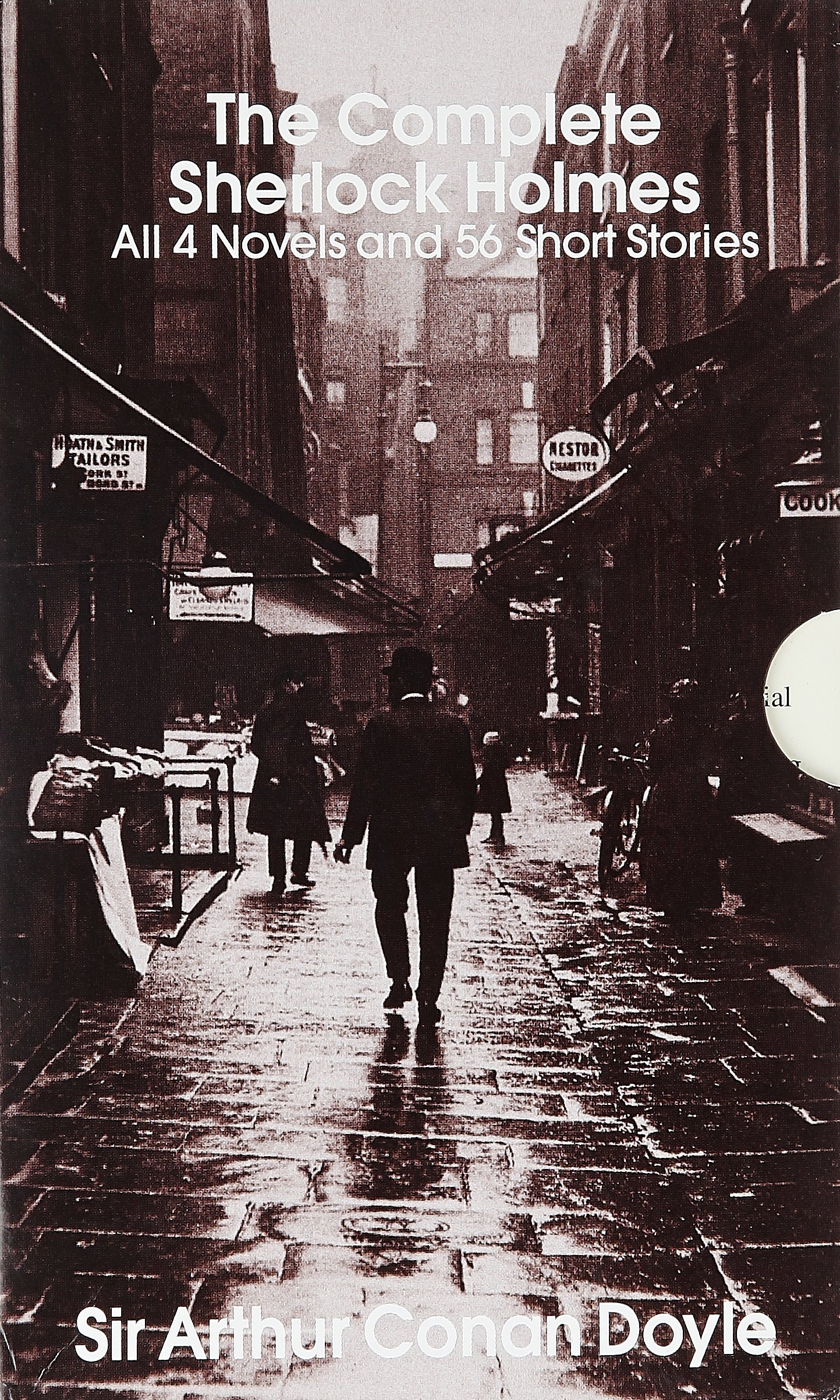 Volume I includes the early novel A Study in Scarlet, which introduced the eccentric genius of Sherlock Holmes to the world. This baffling murder mystery, with the cryptic word Rache written in blood, first brought Holmes together with Dr. John Watson. Next, The Sign of Four presents Holmes’s famous “seven percent solution” and the strange puzzle of Mary Morstan in the quintessential locked-room mystery.

Also included are Holmes’s feats of extraordinary detection in such famous cases as the chilling “ The Adventure of the Speckled Band,” the baffling riddle of “The Musgrave Ritual,” and the ingeniously plotted “The Five Orange Pips,” tales that bring to life a Victorian England of horse-drawn cabs, fogs, and the famous lodgings at 221B Baker Street, where Sherlock Holmes earned his undisputed reputation as the greatest fictional detective of all time.

Volume II begins with The Hound of the Baskervilles, a haunting novel of murder on eerie Grimpen Moor, which has rightly earned its reputation as the finest murder mystery ever written. The Valley of Fear matches Holmes against his archenemy, the master of imaginative crime, Professor Moriarty. In addition, the loyal Dr. Watson has faithfully recorded Holmes’s feats of extraordinary detection in such famous cases as the thrilling The Adventure of the Red Circle and the twelve baffling adventures from The Case Book of Sherlock Holmes.

Conan Doyle’s incomparable tales bring to life a Victorian England of horse-drawn cabs, fogs, and the famous lodgings at 221B Baker Street, where for more than forty years Sherlock Holmes earned his undisputed reputation as the greatest fictional detective of all time.

Sir Arthur Conan Doyle was both a doctor and a believer in spirits, which may partly explain why his Sherlock Holmes is one of literature's most beloved detectives: Holmes always approaches his cases with the gentility and logic of a scientist, but the stories are suffused with an aura of the supernatural. Narrated by devoted assistant Dr. John H. Watson, Holmes's adventures were so addictive that fans protested the master deducer's "death" in 1893 and Doyle had to resurrect him.